February 06, 2012
In between training lessons today, I received a phone call from a journalist working for The Field, interested in talking to me about the sheep chasing courses I offer.
Paul emailed a number of publications in early January with a well written "press release" and it seems to have hit the spot ! So far it's featured in a number of publications including Cumbria Life, The Farmers Guardian (very shortly) and now The Field. This should appear in the March or April edition.
So the pressure is on ........ Paul, sharpen your pencil again ! 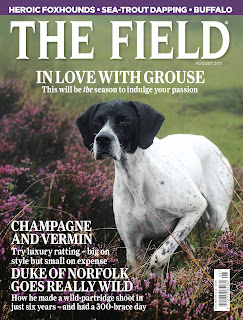