July 18, 2011
I thought I would post a couple of shots of Poppy. The first shows an unhealthy interest in some sheep!
At the moment she needs to remain on her lead, but before returning to her owner, I fully expect such photographs to be a thing of the past.
After just a week, I'm really pleased with her progress. In the house and garden, she's socialising very well with the other dogs. Later today I will be taking her into Penrith to help her further. Locally, she's finally starting to leave passing traffic alone - now for the busier areas! 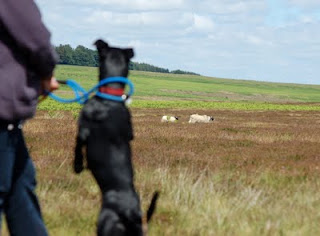 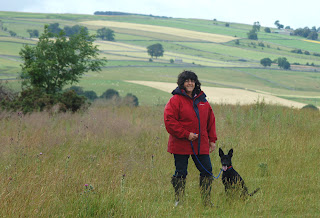