Coming to an end

February 13, 2011
Dexter is now in his final week and what a time he's had.
I've often said it but I really am so very pleased with the way this dog has changed - and in such a short time. When he arrived he was very nervous and unsure but his confidence has really come on. No more nervous dribbling or worried look on his face. Fantastic!
Lots of walks and training having made Dexter not only a better behaved dog but one who is far calmer. Being around other dogs has certainly helped, from little Brook who was so affectionate to him to little Roma, who was and is not averse to snapping at any dog who starts to irritate her (she is a touchy little thing !!!).

The photos from yesterday show us with Tilly and Paul's dog Jaffa. Jaffa was a rescue dog who we bought for just a few pounds 12 years ago. A real Heinz dog, she epitomise the term "easy going". 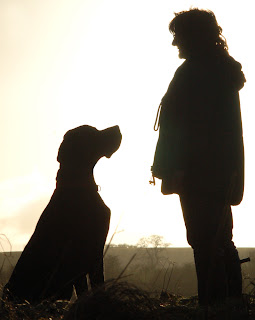 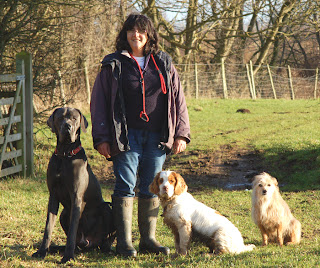